‘So if your heart leaps up when you behold a rainbow in the sky’ the poetry of Wordsworth rivets you, you’re a ‘natural’ for this club. Nature club encourages students to appreciate nature and work towards preserving it.
The activity of the club started with selection of core committee members, Devangi Umatia of S.Y. BEM was selected as the secretary of nature club. Parinav Shetty was selected as the joint secretary of the club, the committee comprises of Karan Shah, Prachi Shah, Yash Rajpara, Siddhart Patel, Harsh Shrimankar, Anubhuti Shah, Kinjal Desai, Jaina Gosai as the member of the club and were given a title of eco task force.
The activity begun with celebrating world environment day on which students went on cleanliness drive and awareness program for sanitization and sanitization for environmental consciousness.
The club organized a nature trail to Sanjay Gandhi National Park were _ students participated, club conducted quiz, competition, nature photography, paper bag making, poster making, slogan making, beach cleaning, bird watching, treasure hunt and many more, students were take for a field trip to Tungareshwar were _ students participated.
The club conducted a “Green Pakhwada” event were students participated in cleanliness drive, beach cleaning program, tree plantation were near about 150 plants were planted, bottle garden was initiated where students were encouraged to do domestic gardening, Green Diwali was initiated by awareness program.
The club initiated a certificate course in environmental education was initiated were there are two courses waste recycling and composting 537 successfully completed the course. Waste audit, green audit and energy audit were conducted and recommendations made in that were taken care.
Nature club associated with external bodies for better sustainability and awareness in the society with BNHS, SGNP, BMC, Kandivali Railway Station, Pragati Mitramandal and many more.
Memorandum of understanding was signed with Sanjeevni Samajik Seva Sanstha for waste disposal and conducting of certificate course. Nature club took membership with national safety council.
Club conducted a PUC drive were all the vehicles of staff went through PUC check for reducing carbon footprint in the campus.Solar panel was set up for energy conservation, Composting bed was kept for dry and wet waste and the compost made from it was used for organic manure. Water conservation was put into action bottles were installed in the flush tank. Club organized a Workshop of bonsai making was organized were 20 students participated. Club emphasis on Skill development of students by encouraging them through entrepreneurial skill, students went for selling the plants made through multiplication and generated profit out of it. 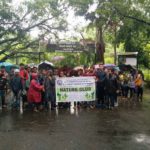 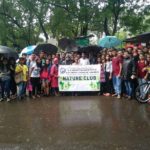 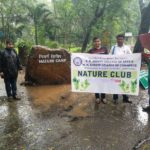 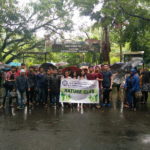 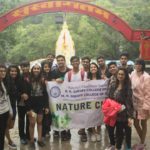